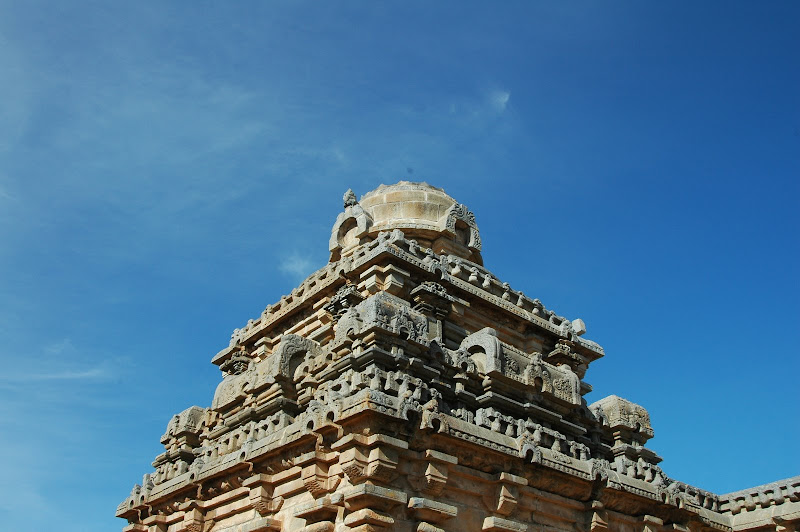 Saturday was gone. I didn’t want Sunday to go wasted like the previous day. Stuffed my camera to my bag, on the steeds and started towards Kambadahalli, a little known Jain pilgrimage around 140 KMs from Bangalore, 70 from Kunigal and 18 KMs from the Jain Kashi of South, Shravanabelugola. It was a pleasant climate & NH48 was almost empty. Rode non-stop and reached Kambadahalli taking an hour’s time.

Kambadahalli in Kannada translated to English means village (halli) of the pillar (Kamba). The name is due to the manasthambha (the pillar in front of temples) with statue of Brahmadeva Yaksha atop the pillar. The place is in Nagamangala talukm Mandya district.

An ancient site connected with Jainism – An article in The Hindu 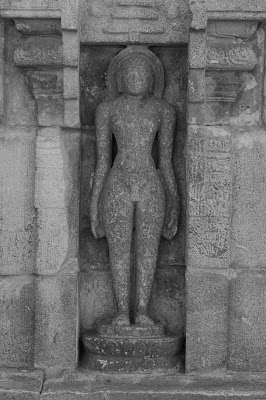 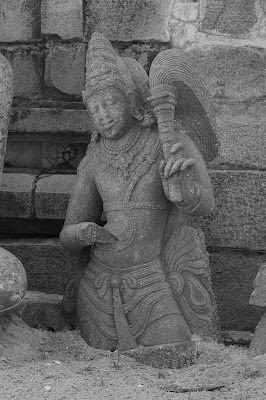 Historical places means, one get to hear wonderful stories. I heard two such stories when I visited the place – 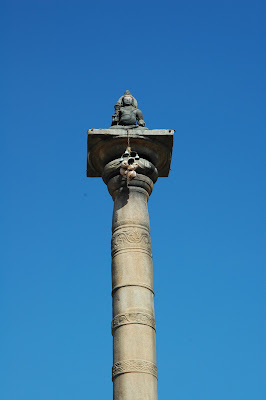 Another story goes like Kambadahalli was a prominent place & a Jain pilgrimage around 10th century. It’s claimed that there were 72 Jain temples in & around Kambadahalli, and now there is just one. As time passed what once was Jain dominated place started losing their domination. And other community gained momentum. There is a water body to the north-west of village and is main source of water for irrigation for the surrounding places. One year there was heavy rain which damaged the tank bund of the water body. It was damaged to such an extent even after repairing the bund, even a small rain damaged it and resulting in loss of crops. This cyclic process – repairing the water body and getting damaged due to rain went on for years until one day the village head dreamt of a solution. In his dream, the God asked him to demolish all the Jain temples and use those pillars, stones to repair the tank-bund. And villagers followed the head’s order. End result, number of Jain temples came down to one from 72 and tank-bund problem got resolved.

I don’t have any proofs for above stories. I heard them during my visits. 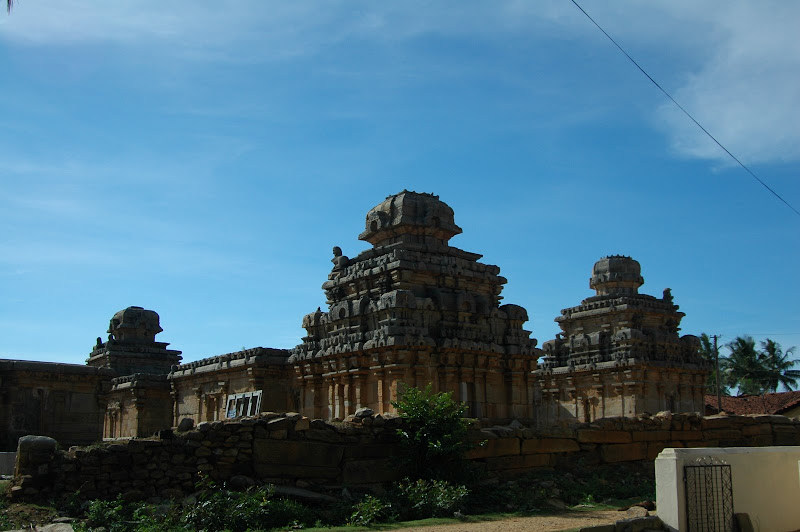 How to reach there from Bangalore: