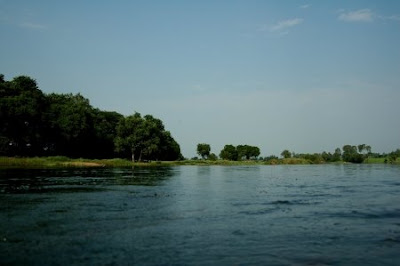 “Come saar, I’ll take you to the other side of the river. It’s safe to play in water & take bath” called the boatman, while we were looking for some place on the crowded bank of river Kapila. Though it was 3.30PM the place was crowded, few devotees & many other trying to beat the summer heat. We decided to cross the river on the coracle to avoid the crowd & it was worth the decision. While my friends were enjoying playing in the water, I sat on the sand repenting for not bringing an extra set of clothes. 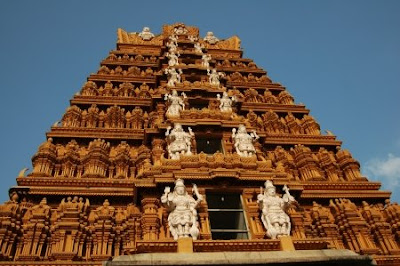 We started from Bangalore a bit late at 11AM as drive was completely unplanned. We had no particular destination for the day as our idea was to spend a day with friends. We were in no hurry & took our own time to cover the distance from Bangalore to Mysore. After the lunch break at Maddur, we decided to visit Nanjanagudu. We reached the place by 3.30. Another hour spent in playing in the river Kapila. And then we paid a visit to Srikanteshwara temple (temple of Lord Shiva). 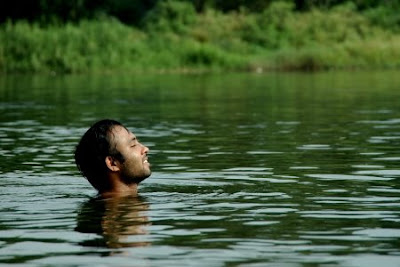 Nanjangud is a temple town and is on the banks of the river Kapila (a.k.a Kabini). The place is 23 km from Mysore & around 160KMs from Bangalore. The temple of Lord Srikanteswara was built by the Gangas in 9th century. Nanjanagudu is also famous for ‘rasabaaLe’, a variety of banana & at one point of time (during late 80s) the place was also famous for the ‘Nanjanagudu tooth powder’. 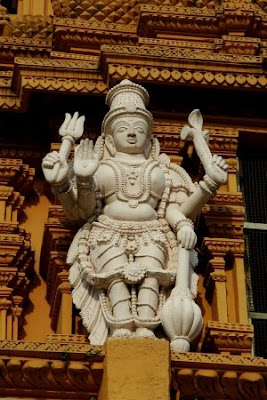 By the time we started back from Nanjanagudu, our stomachs started grumbling which reminded us of the food which one of us had packed from home. We found a peaceful place – an old temple in the middle of paddy fields. We finished the food & spent some more time watching the Sun going down. And then we headed back home.

Thought coracle ride was of short duration, it was fun sailing on the smoothly flowing river. It was as if sitting in a cradle. How I wished for a coracle ride all the way back to Bangalore from Nanjanagudu 🙂