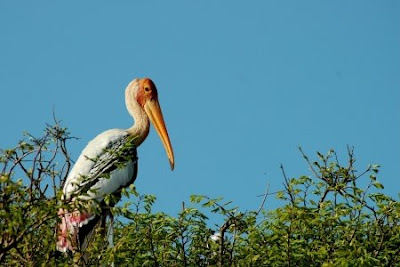 Visited Kokkare Bellur again, 15 months after my first visit. There were not many birds this time. Painted Storks were around 20-25 in number. 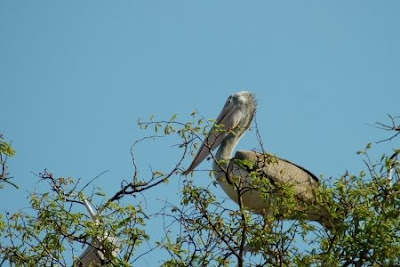 Pelicans were very less in number. I counted 7 or 8 pelicans. I tried to get a decent shot of these big birds, but in vain. That pelican was hiding behind the tree branches as if its being guilty of something 😛 Few of the sun-bathing Storks posed for the camera without hesitation. 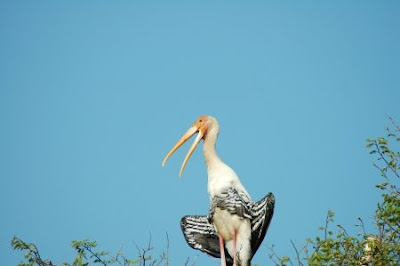 And so was this squatting one

Bellur, became famous & got the prefix ‘Kokkare’ (Storks) because of these beautiful birds & is home for hundreds of storks & pelicans. The village is on the banks of river Shimsha, which flows on to join river Kaveri. 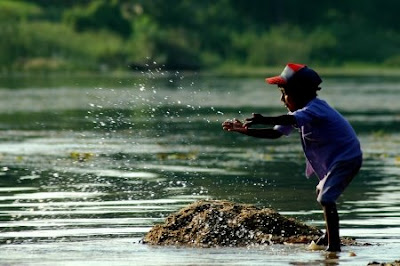 We thought of going on a coracle/boat ride & headed toward the river. Being summer the water was less & had to return back without luck.