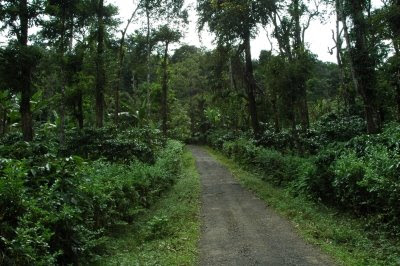 Entrance to Nelija Igguthappa temple
After lunch at Bhagamandala, we headed towards Nelija where one of Lord Igguttappa temples is located. Lord Igguttappa, the snake god, commonly known as Subrahmanya is the main deity worshipped by the Kodavas. We reached Nelija around 3.30PM & the temple was closed. We had to be content by roaming around the temple premises & enjoying the nature. 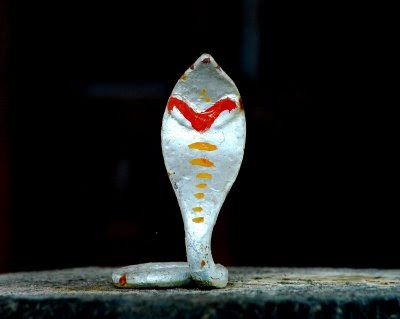 From Nelija, we rode towards Kakkabbe where another Igguthappa temple at Paadi is situated. Again here the temple was closed due to renovation. After spending some time roaming around the place, we started our journey back home, to Bangalore. 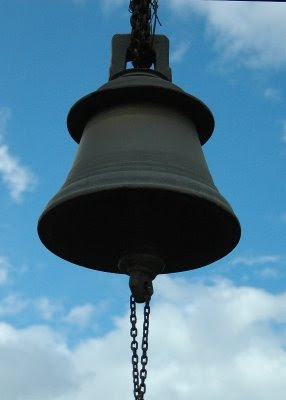 Stone bell at Paadi Igguthappa temple
From Gonikoppa, we took the same route back home via Hunsur and Srirangapatna. As soon as we crossed Hunsur, rain god gave us company during the ride. We had to stop quite frequently and duration of the breaks was longer as the rain was lashing. When I reached home, it was well past midnight & the bike’s trip meter was just above 700KMs.

During our visit over 2 dyas, we managed to see few places. But still there are plenty of places that I’ve to visit – Tadiyandamol, Brahmagiri, Nalknaadu aramane, Abbi falls, Dubbaare – the list is endless.