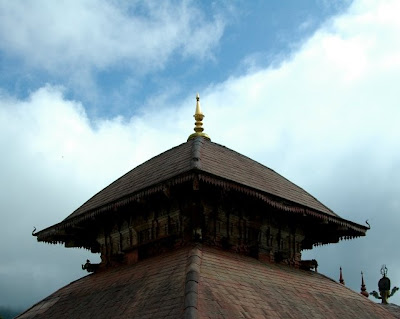 Bhagundeshwara temple
Our journey commenced next day along with rain. We headed towards Bhagamandala on wet 7 slushy roads. From Virajpet, we reached Bhagamandala via Moornadu. Some info about Bhagamandala from Wiki –

Bhagamandala is a pilgrimage place in Kodagu, Karnataka, in India. It is situated on the river Kaveri in its upstream stretches. At this place, the Kaveri is joined by two tributaries, the Kannika and Sujyoti rivers. It is considered sacred as a river confluence (kudala or sangama, in Kannada and Sanskrit respectively). 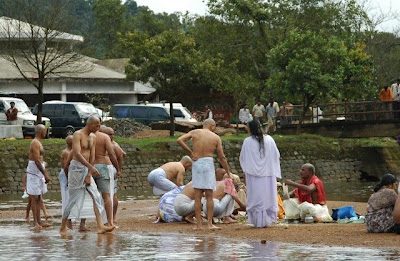 It is a common practice for pilgrims to take a dip in the sangama and perform rituals to their ancestors before proceeding to Talakaveri, the birthplace of Kaveri. During Tula Sankramana which falls on October 17th or 18th, pilgrims assemble here in large numbers.

After spending sometime there & a quick visit to Bhagundeshwara temple, we headed to Talakaveri, the birth place of river Kaveri located at Brahmagiri hill. Quick bits from Wiki – 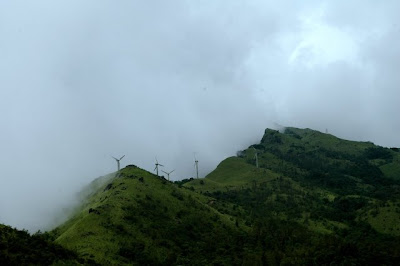 Talakaveri, is the place that is generally considered to be the source of the Kaveri River. It is located in the Brahmagiri hill (not to be confused with the Brahmagiri range further South) near Bhagamandala in Kodagu district, Karnataka, 1,276 m. above sea level. However, there is not a permanent visible flow from this place to the main river course. 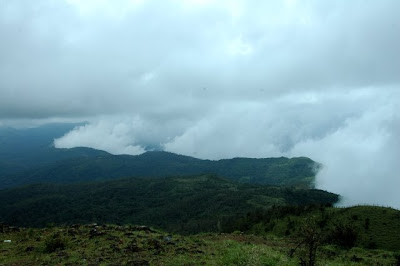 Another direction, different viewBoth the places were crowded due to Tula Sankramana. We were at Bhagamandala & Talakavei on October 20th.