When PV said he is getting married and that too in Guruvayur, Kerala, I was happy at the thought of getting a chance to travel to Kerala. Marriage was on Nov 30th, Thursday. Shashank & I charted out the plans, take two days off to make it a 4 day weekend – one day in Guruvayur, attend the marriage. Then head back to Wayanad to spend remaining three days. 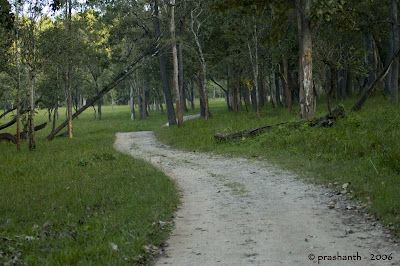 After a hectic day at office, we started from B’lore on Nov 29th, Wednesday at 10PM. PV’s friends were also to accompany us during the onward journey. Travel was slow, long and quite restful. I slept most of the journey. It was almost noon next when we reached Guruvayur. After a quick refreshment, we wished PV & his new partner and out sight-seeing in Guruvayur. The place was crowded, as it was the season of Ayyappa devotees. Due to lack of time & heavy crowd, we skipped visiting the temple of Guruvayurappan. And started towards Wayanad by 4PM. Journey to Wayanad was again spent sleeping in the vehicle. We reached Kalpetta, district headquartes of Wayanad district. Reached Shashi’s (my relative) place, where we stayed for the next three days. 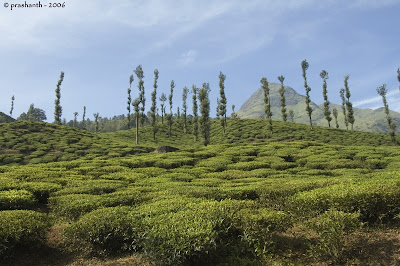 I was totally happy to be back to the land of tea estates, to the land of banana chips & coconut oil, to God’s real own country, back to mother nature. After three years, I was in Kerala again.