It was few minutes over 2.30PM when we reached Sringeri, my second visit in a month’s span. Late enough to miss the darshana at the temple. We rode up & down the main road of the temple town before settling down for lunch in a small hotel. We spent an hour’s time having food & discussing the next plans for the day. We thought of visiting either Hariharapura or Kigga, but decided to visit those two places during our next visit & headed towards Agumbe. 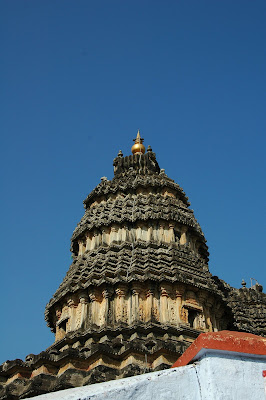 The journey from Yagachi to Sringeri tooks approximatey 2 hours. It was around 12.30 when we started from Yagachi dam & our next stop was any place on the way, we had plan of stopping when hungry. Till Belur we had enjoyed the wide, straight, well laid roads. From Belur onwards it was narrow, not-so-good, but scenic, twisty roads. We crossed Chikkamagalur & then Aldur and lo we were amidst the mountain range of western ghats. It was pleasant riding throught the high mountains & the ghat sections. 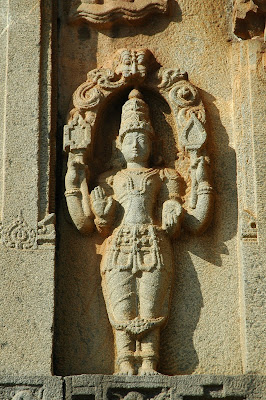 Soon we were in Balehonnur and were hungry. Searched for a hotel for lunch. After riding down up & down without finding one, we went ahead. Next big town is Jayapura. Since we were very near to Sringeri, we decided have to have lunch there itself. After 15-20 minutes along the narrow road, we reached Sringeri. 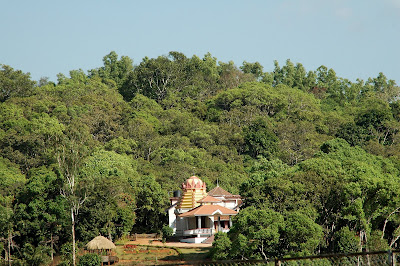 We left Sringeri around 3.30-3.45 with stomachs filled. By 4.30 we were at Agumbe, the same Malgudi town which Shankarnag introduced to the world, the same place also called as Chirapunji of South India. I was there at Agumbe after more than 14 years. It took me 14 years for the second visit, hence we decided to kill 2 hours time & catch the beautiful sunset and then head towards Udupi.
The ride: Start – Belur – Yagachi dam – Sringeri – Agumbe – Udupi