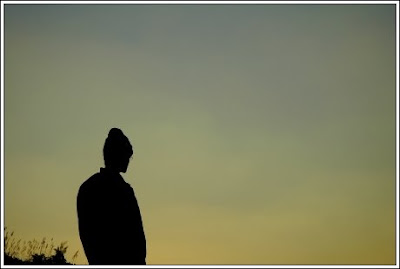 Looking back into year 2008 in terms of travel – January was a lull. And to compensate that, I managed three trips in a span of five weeks. First of the three was a two day road trip in first week of February – to Hariharapura and Sringeri in Chikkamagalur district. Two weeks passed and I was trekking from Kanoor to Nagavalli in Sharavathi valley (the last trek before the summer). Another two weeks down, it was time for a long ride. The ride of the year to West coast, covering 950 KMs in bike plus 250 KMs in car. We travelled across 10 districts, visited 15 places in four days.

April, I went on a day visit to Melkote (summer – wrong time to be in Melkote) and Kokkare Bellur. Month of May, another lazy day drive to Nanjanagudu & it was time for a dip in river Kapila. End of June, I was climbing up the hill Parvathamalai near Thiruvannamalai in Tamilnadu.

It was another lull barring 2 short escapades before the Blogger’s trip to Binsar in October. Between July & October, I just managed to visit Kaidala & Mandharagiri (Basadi betta or Basthi betta) both near Tumkur and Kaigal falls in Andhra Pradesh. October, and time to head North. I was in Binsar, Uttarakhand along with fellow travel bloggers for 4 days lazing around the Kumaon mountains. End of October, it was time for long drive with family. We visited few places in and around Shivamogga including Jog falls. Details to follow soon.

In first week of December, I went on a day ride visiting Chamundi hills in Mysore, Nanjanagudu, T Narasipura and Somanathapura. It was some what happy note to end the year. I trekked up Kodachadri peak in Western ghats, the highest peak in Shivamogga district.

Year 2009 has started on a wrong foot quite similar to last year. All work and no travel. Couple of travel plans got cancelled due to unavoidable circumstances. Searching for a silver-lining & hope to travel soon.